Laughing with Lucy: My Life with America's Leading Lady of Comedy

I was so pleased with the seller of this book,: I received it only 7 days after ordering it, and discounting the weekends, it only took 5 days! I didn't choose priority mail as an option, and I had thought that it would take 3 weeks or so. Imagine my surprise! 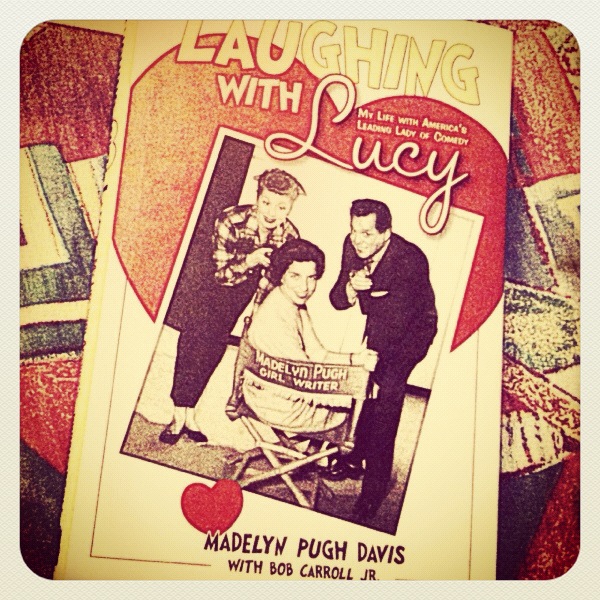 This was a great read, especially for fans of the sitcom I Love Lucy. It was refreshing because for a change, I got to look at the sitcom from a writer's perspective. You get the impression that Madelyn Pugh was one of the leading pioneer females who not only excelled in her career, but also paved the way for future successful female comedy writers.

In my opinion, one factor that I Love Lucy remains so popular is the fact that the story has input from a female, resulting in Lucille Ball being able to add another dimension to her role of Lucy Ricardo. Madelyn, like Desi Arnaz, was modest: she actually helped I Love Lucy to be successful more than she thought of.

It took a lot of talent from everyone involved in the sitcom to take a not so normal experience that one of them has encountered, write it into a story, weave in more details, and make the climax hilarious!

I really admire Madelyn. At the start of the book, she specifically said that if readers are looking for juicy gossip, this is the wrong book to read. It isn't nice to talk bad about the dead, especially when they cannot defend themselves. Additionally, about "the public has the right to know the truth", the fact that she said the public has NO RIGHT to read about celebrities' private lives is so true made her admire her more, these words have been staying with me. She was really a true lady, just like how lady like Lucille Ball portrayed herself to be in the limelight.

I love the intelligent and witty way she seamlessly added episodes of I Love Lucy into her story telling routine. No wonder she was a great writer!
Email ThisBlogThis!Share to TwitterShare to FacebookShare to Pinterest