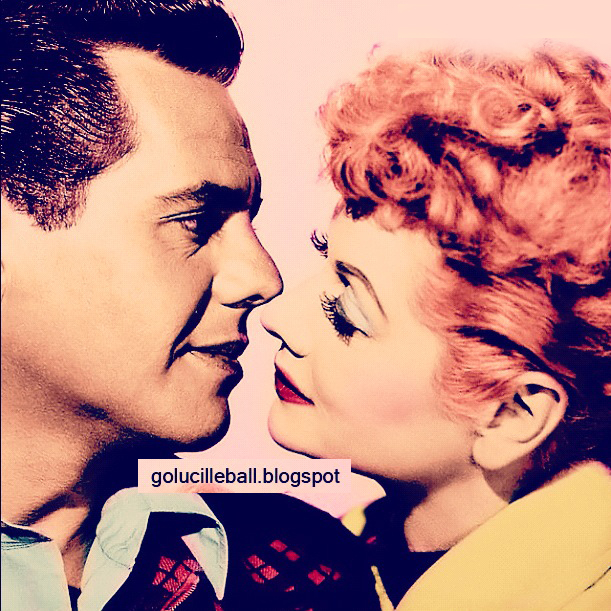 1.  Lucille trusted no one but him. Even after divorce, she still did. That really says something about his love for her.
2. He took up the responsibility for his mother after his parents' separation.
3. Even though his mother never really cared about him, he continued providing for her his entire life.
4. He was the brains and backbone of Desilu productions, and I Love Lucy.
5. No matter how busy at work he was, he found time to play with his children.
6. He continued loving Lucille in his special way even after realizing (or thinking) that his wife loved her work more than she loved him.
7. In spite of being discriminated by Hollywood and television heads and producers for being 'Cuban', he stayed resilient and proved them wrong by staying by Lucille and thereby creating television's best sitcom.
9. Even though he was ridiculed and bullied in his army days as being 'Mr Ball', he did the injured men good by bringing entertainment and improving their welfare.
10. He was the only person in the world who knew how to make Lucille 'Lucy'.
11. He could remember the entire I Love Lucy script just after one reading, and he even gave excellent suggestions to improve it!
12. Despite his womanizing ways, he made it clear that he wanted no one but Lucille to father his children.
13. He continued sending Lucille her favorite red and white carnations, as well as jewelry after their divorce, on special occasions like wedding anniversaries, her birthdays, their children's birthdays and even Mother's Day!

Even though the world recognized your talents and contributions posthumously, you'll always be remembered, not just as Ricky Ricardo, but in spite of being Ricky Ricardo. You'll always be Desi Arnaz, one of the most intelligent man who created Desilu Inc. and loved Lucille Ball.

2 December 2012.
2 comments:
Email ThisBlogThis!Share to TwitterShare to FacebookShare to Pinterest 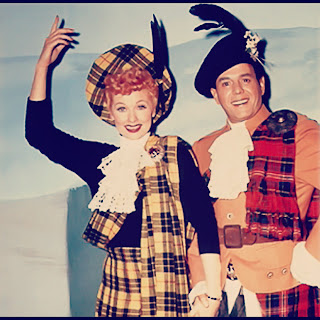 Studio audience who viewed Lucy Goes to Scotland got a real treat. Normally, the I Love Lucy sets were made up of neutral colors because they'd look better on black and white film, but Desilu Inc. decided to make an exception for this episode for publicity purposes.

Desi even brought his own video camera to record the color version. Too bad we don't get to see it. I really hope that the Arnaz family could release the color version because till this day, there's only one true color segment of I Love Lucy on earth, filmed secretly by a studio audience member.

CBS has painstakingly colorized this episode, though! They made use of the picture above can colored as accurately as they could on Ricky and Lucy Ricardo's Scottish costumes.
No comments:
Email ThisBlogThis!Share to TwitterShare to FacebookShare to Pinterest
Newer Posts Older Posts Home
Subscribe to: Posts (Atom)